The larb is adapted/copied from this “Cooking without Recipes” post from Bon Appetit: https://www.bonappetit.com/columns/cooking-without-recipes/article/chicken-larb-lettuce-wraps

A note to Bon Appetit if you are listening: This dish is super fantastic, but I just typed it out myself below mainly because I am so freaking sick of looking up this freeform monstrosity on my phone with dirty hands and trying to scroll through and interpret it. Recipes exist because they are good, simple structured instructions one can follow when trying to cook. We like them. Don’t do this “Cooking without Recipes” thing anymore. Thanks.

The rice is adapted from a real rice recipe I found in the Weight Watchers app and I am not sure how to credit it!

The Magic One Point Peanut Sauce is my own invention.

Serves: This whole meal is four generous servings of Thai-inspired deliciousness for about 6 SmartPoints per serving. 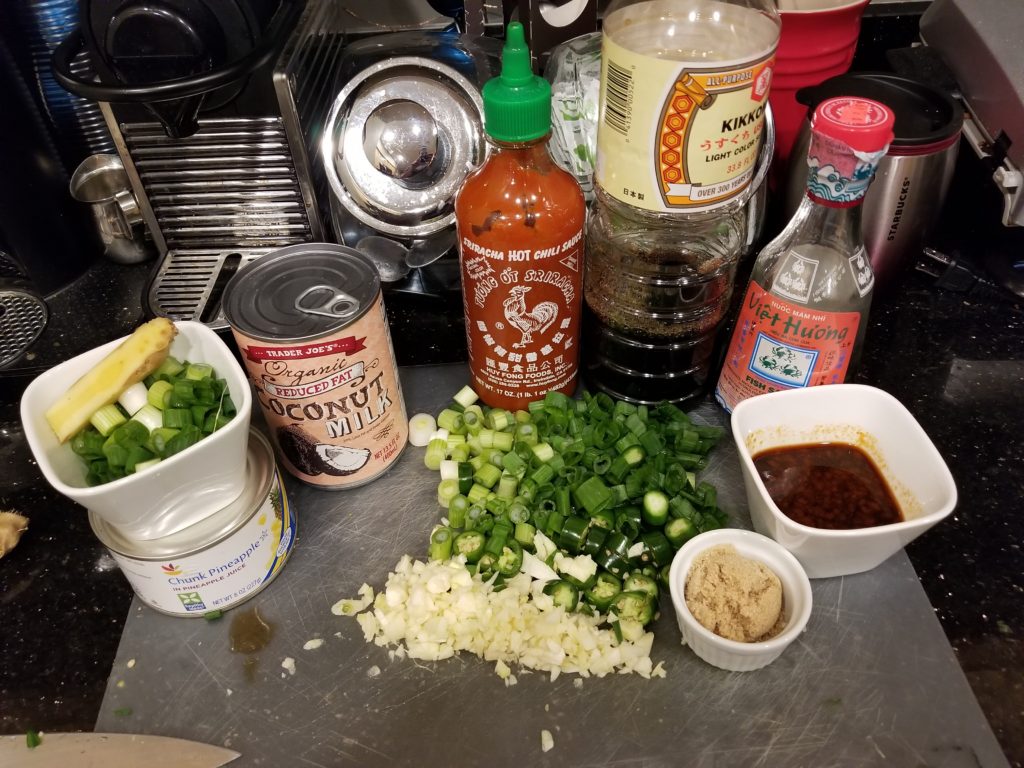 Notes: The ground chicken has to be breast meat, eg. 98% fat free, or it will cost SmartPoints, and we can’t have that! Not all stores have ground chicken breast, I have found. It sucks. Turkey breast works too, but it doesn’t taste quite the same. 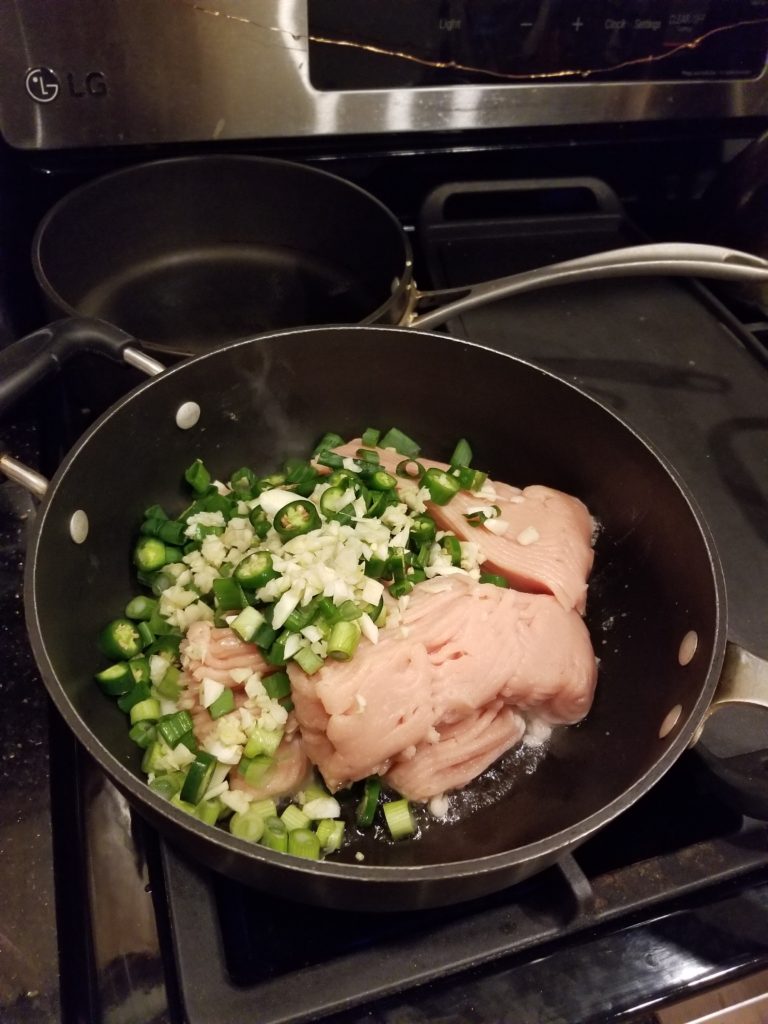 Notes: This is a meal where some normally crappy Trader Joes ingredients can really shine. Specifically, Trader Joes usually has the worst riced cauliflower because it’s a bit crunchy, but that is actually best for this purpose, as it mimics the crunchy toasted rice that is usually found in larb. Also, the coconut milk. The deal with the coconut milk is that you want to use whatever portion of a can of lowfat, reduced fat, light, what have you, coconut milk that comes out to be 8 points. I have noticed that coconut milks can wildly vary in their SmartPoints. In this scenario you actually want to be aiming for the terrible cans of coconut milk (again, looking at you Trader Joes) where the fat separates from the liquid because you can pull off the fat and just use all of the liquid, it’s great. 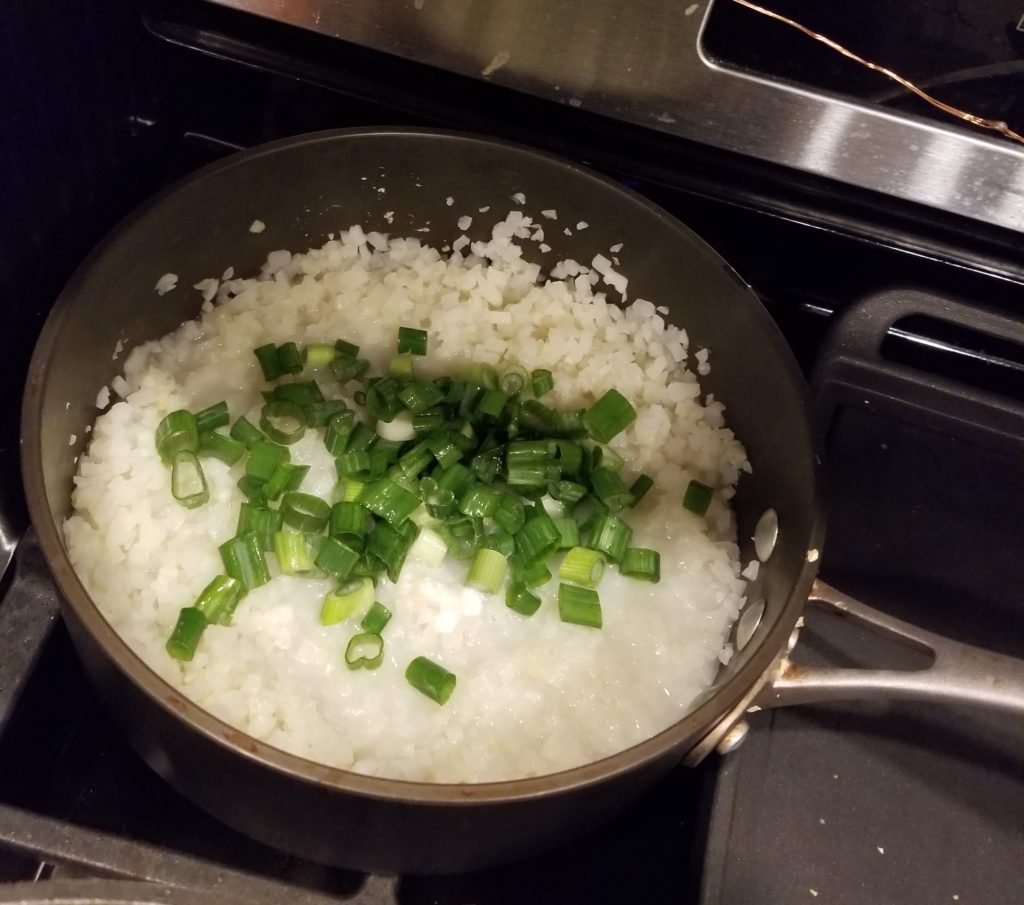 Put the frozen riced cauliflower in a pot over medium heat. Add the scallions, coconut milk, and ginger. Heat until cauliflower is heated through and most of the liquid is absorbed/evaportated. Add the pineapple and heat for a few more minutes. Season to taste with salt and pepper. 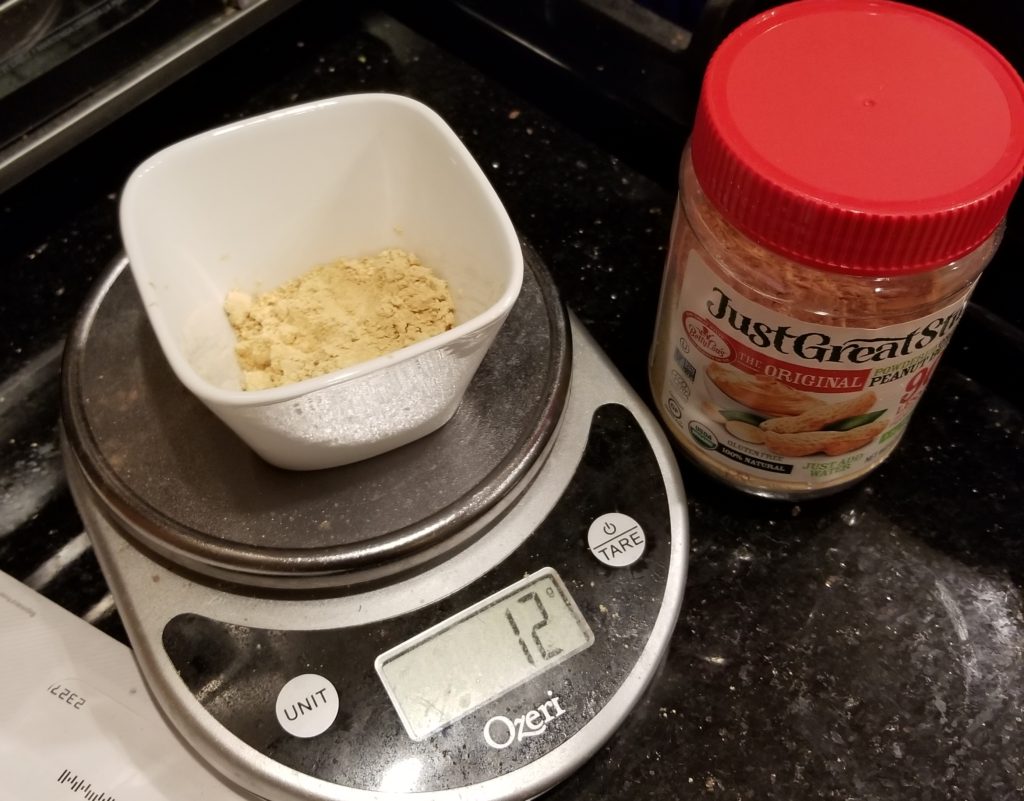 Dissolve the powder in the water, add the Sriracha, and mix it up good. Boom. One point deliciousness.

To serve, put the rice and the larb on a plate. My wife likes to mix it all up, I do not.  Assemble wraps in the lettuce leaves with the larb filling, rice, onions, cilantro, a drizzle of peanut sauce and a squeeze of lime. So good. 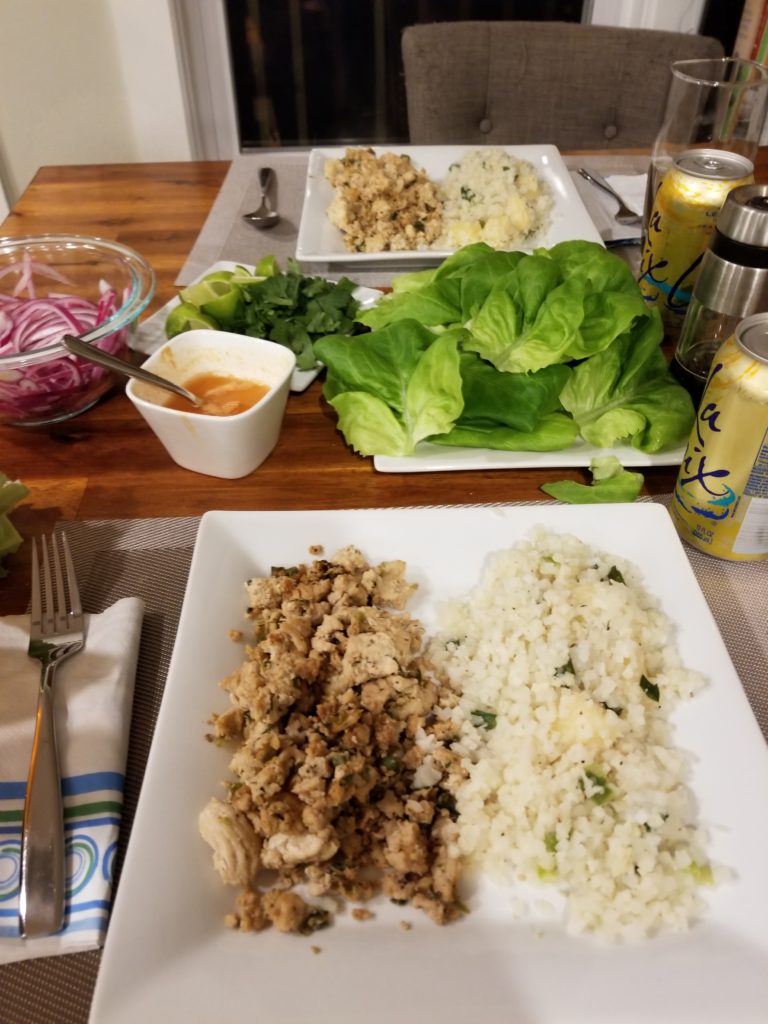