Sorry, I’m a little late. I decided the pressure to post on Friday was ruining the watching experience so I’m doing this on my own time.

Put an idea into the universe and good things happen. I spent Episode 1 wondering about the Tanner house and local comps and I now know more about the Full House house than I ever wanted to! It is worth about $4.6M on Zillow but only $4M on Redfin.  For my next trick I will mention that while waching THIS episode I was completely distracted about our treasonous president and wondering how long it will take to remove him.

At this point we are tiring of the intro. “When do we get to the season where they truncate this song?” For real, why are we watching them bicycle down Lombard street on episode 3, we get it, they are in San Francisco let’s move on. 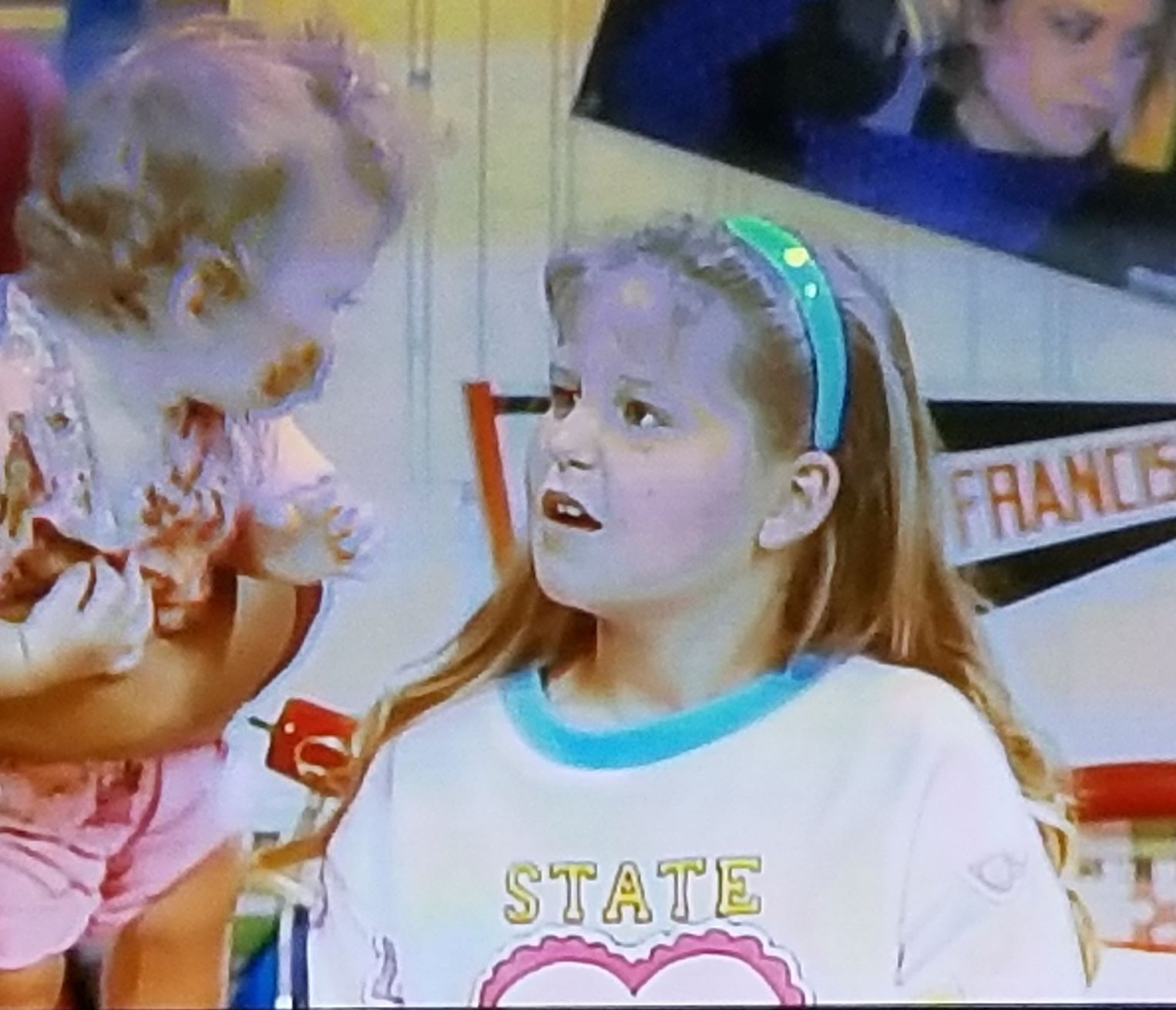 Also hurtful was my wife’s HARD BURN of Joey Gladstone:

I remember little else of this episode other than the fact that DJ was once again straight outta Escaping Polygamy. I’m serious. 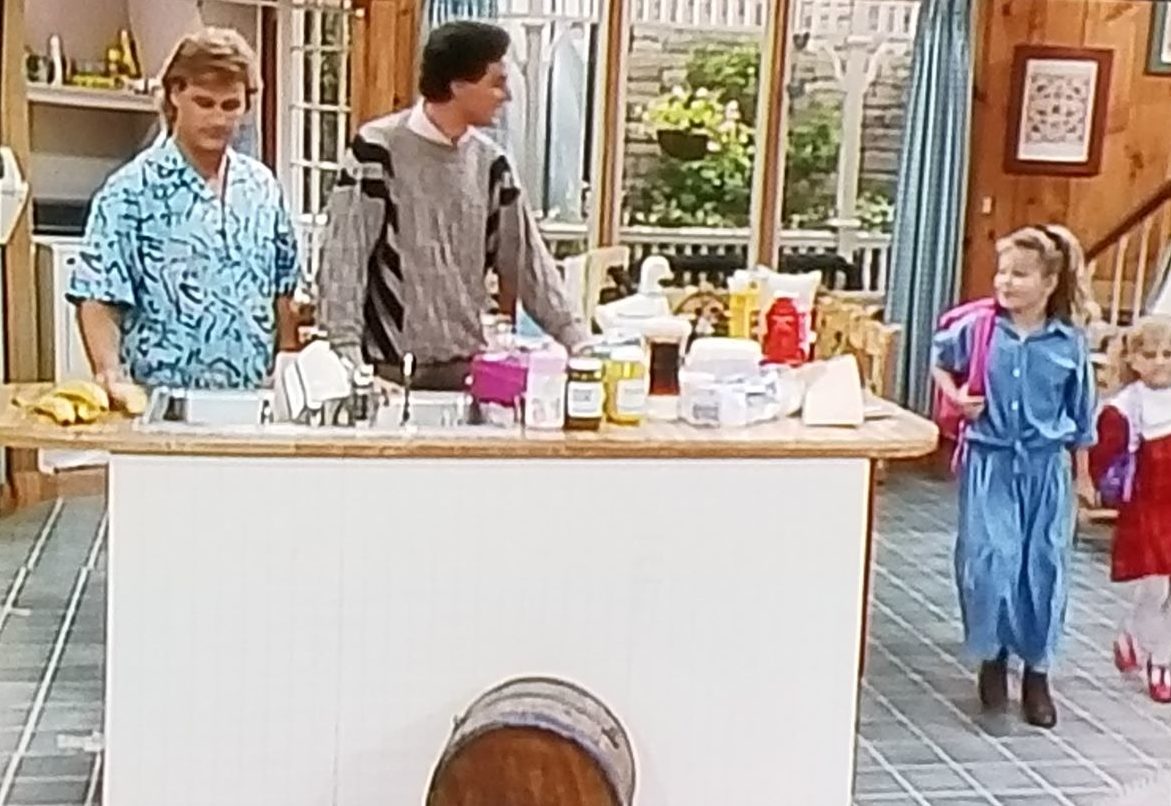 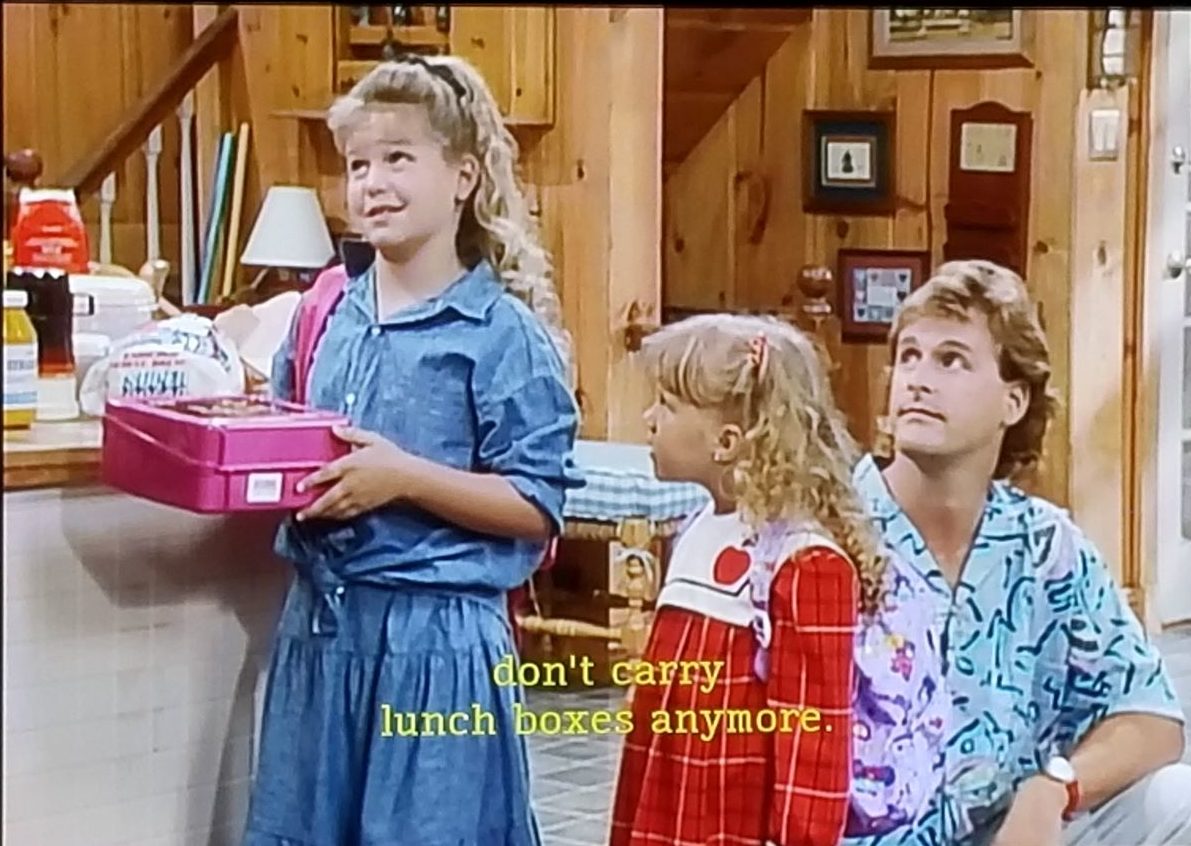 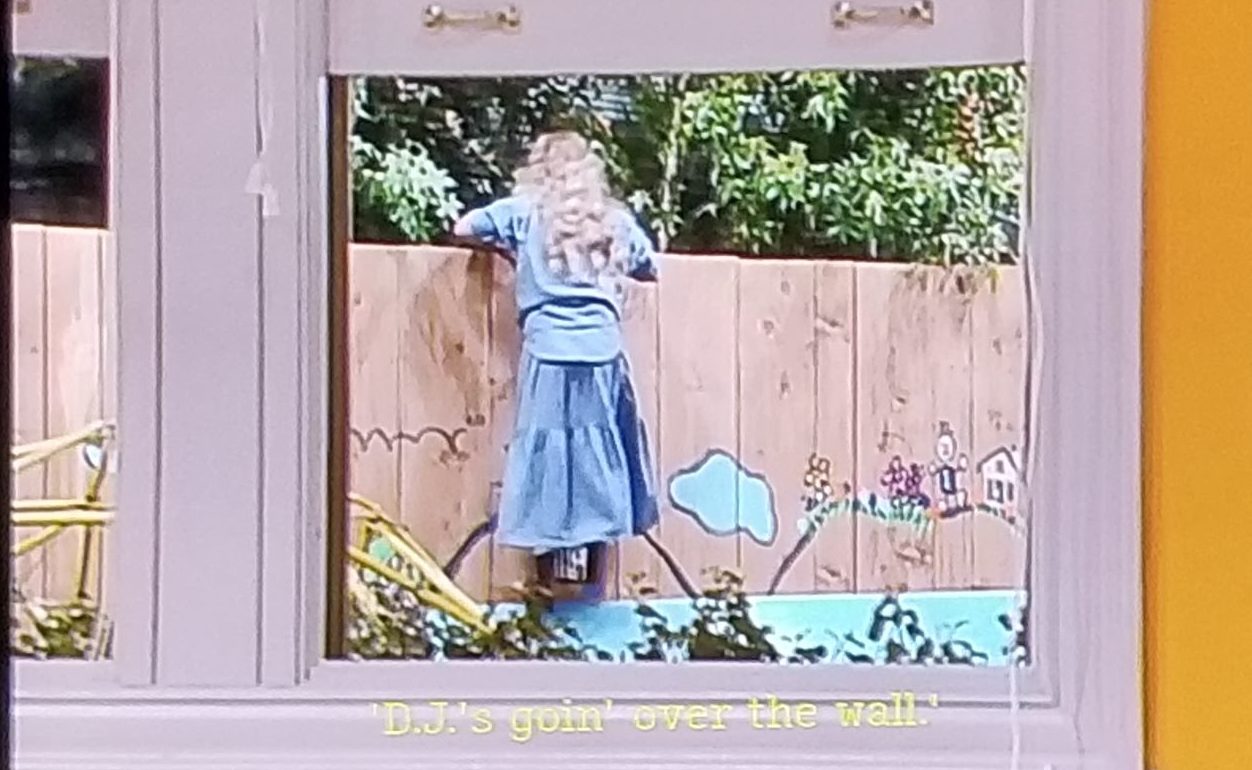 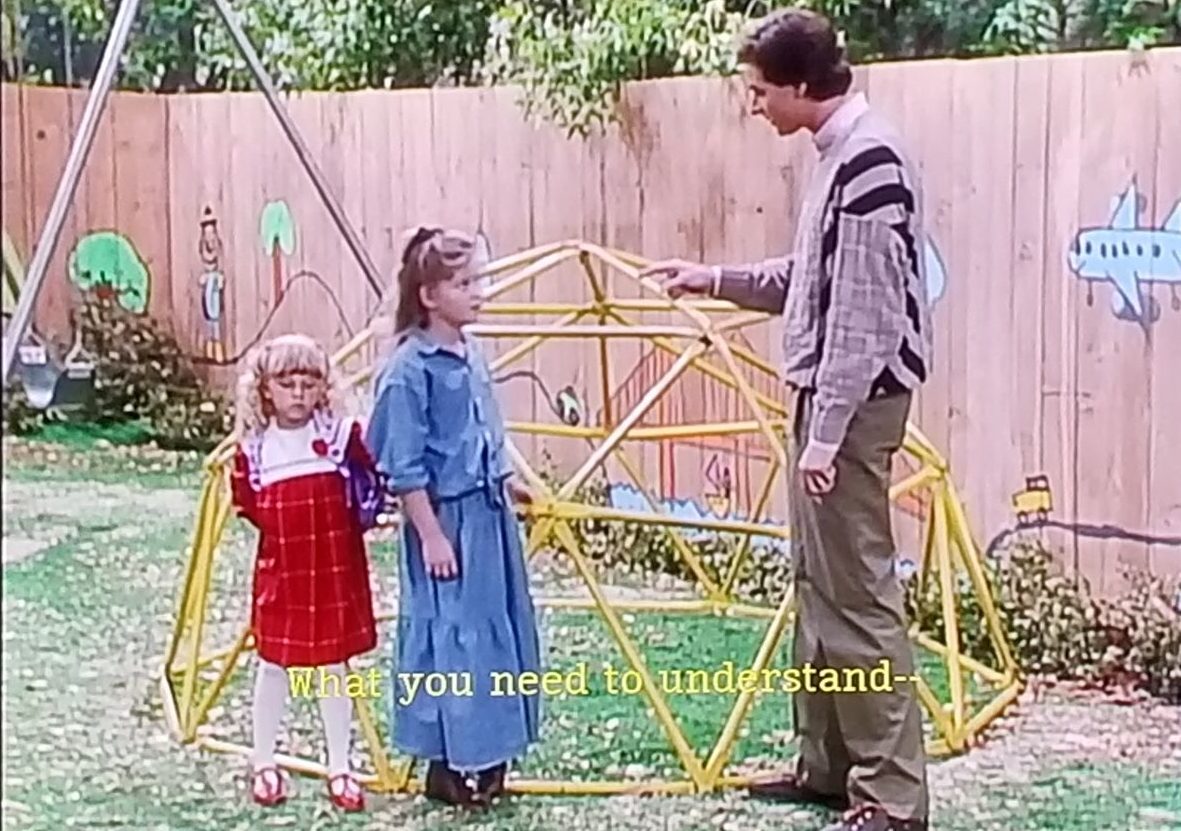 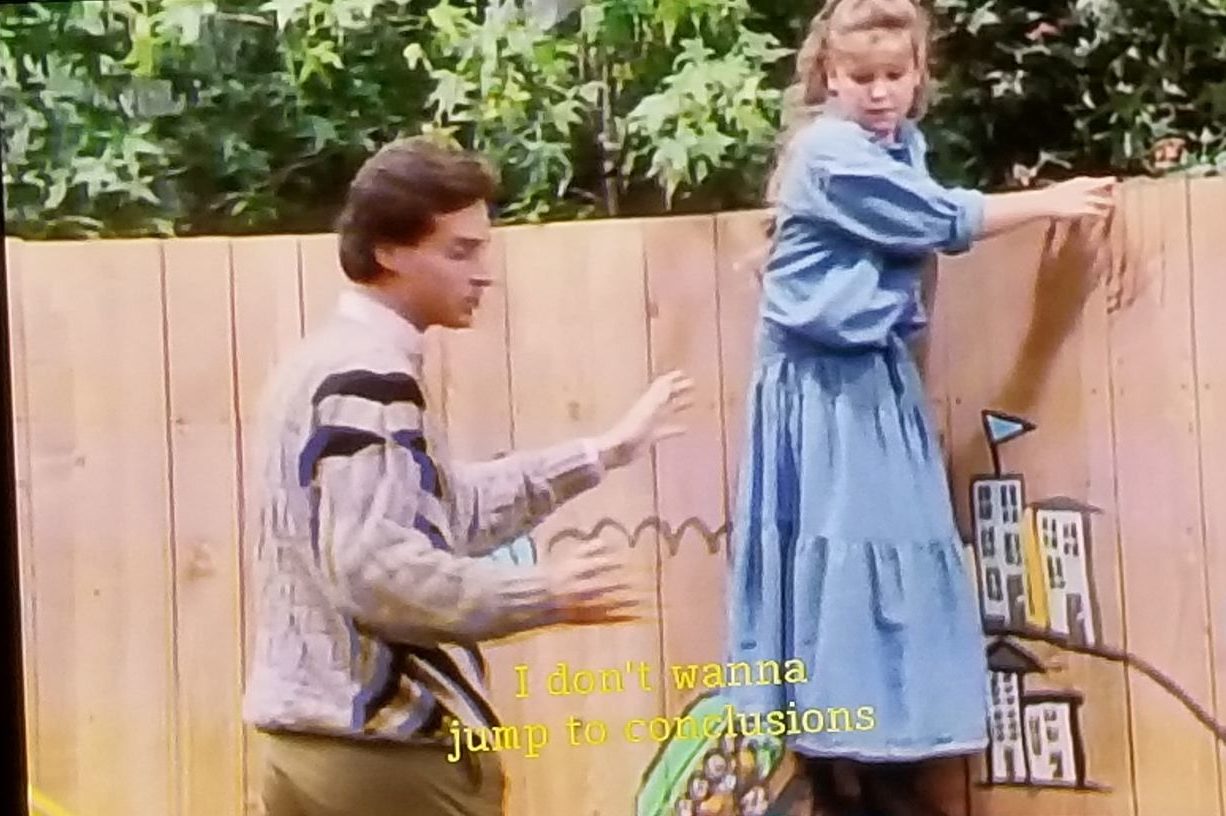 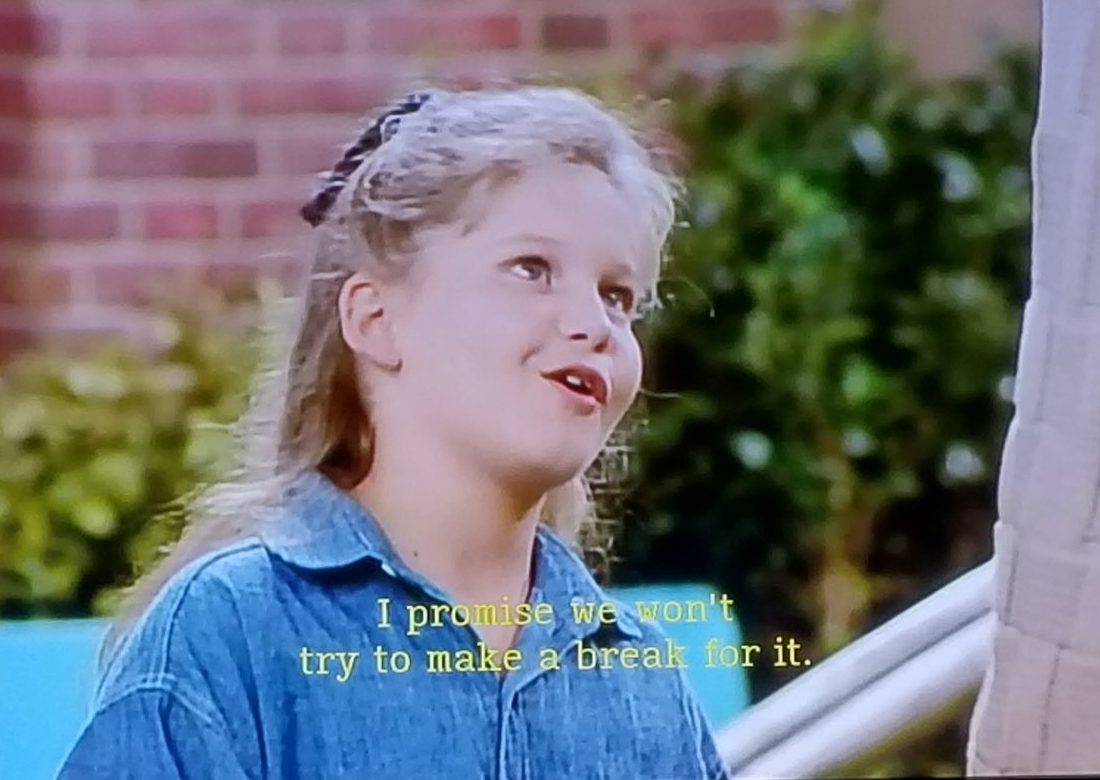 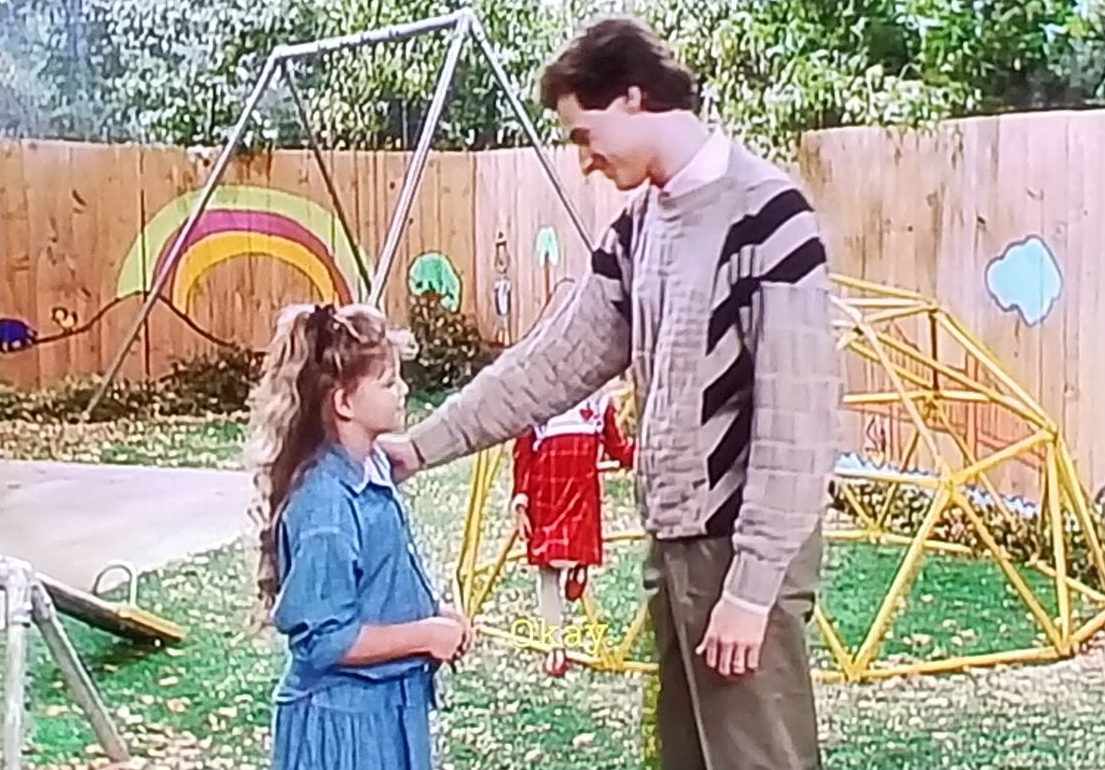 I had a grand total of three thoughts during this show:

My thoughts during this show are more just an endless barrage of questions:

Do people even take ships to America anymore? I need to know.

How old are these guys supposed to be? 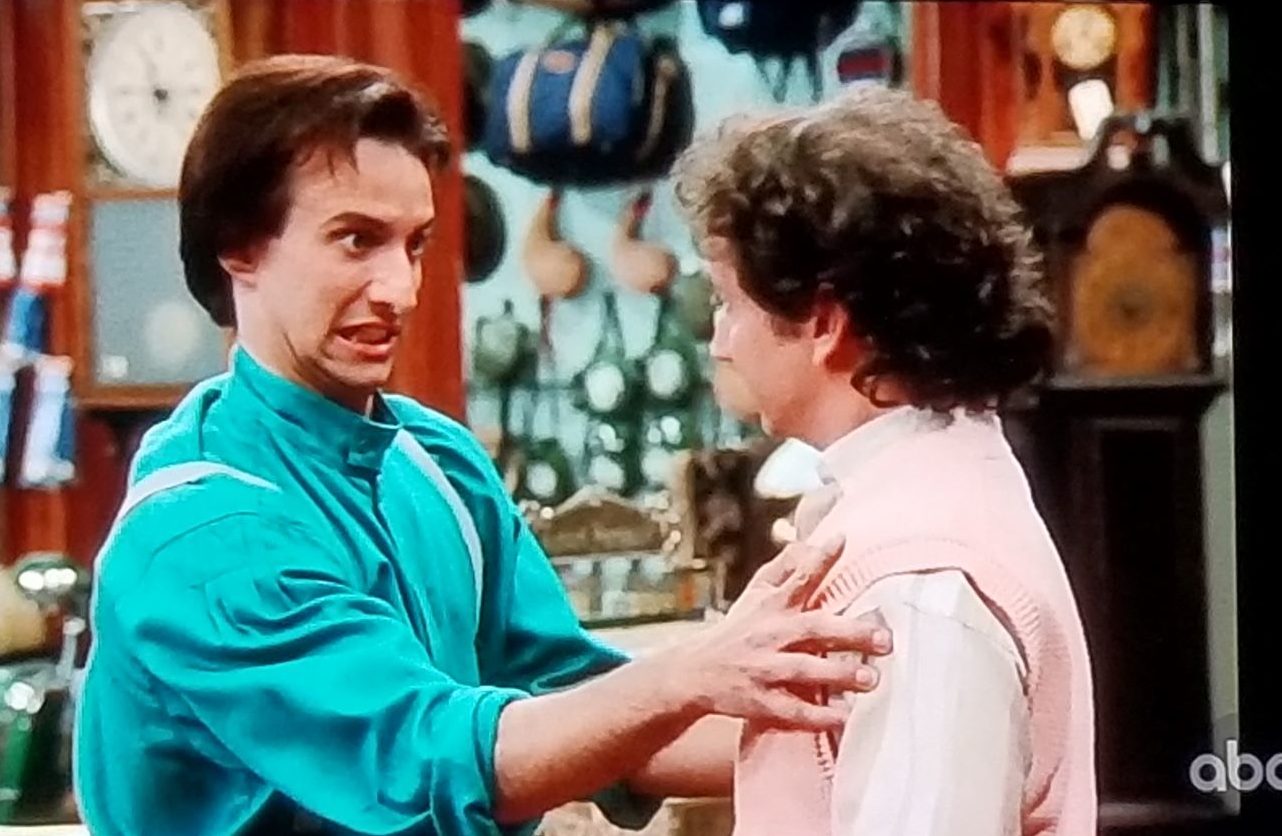 Also what the heck kind of store is this and where can I get one of those rainbow visors?

How is it possible for the store owner to be named Twinkacetti?

This show ended in a way that really alienated me.\: Larry said something about a dirty rat, and then he asked if he sounded like Cagney, and Balki replied that yes, he sounded just like Cagney. So then Larry was happy, and then Balki asked “Can you do Lacey?” and Larry looked SO upset and chugged something like milk of magnesia and the studio audience laughed pretty much the hardest they have this whole episode and I have no idea what any of that meant HALP.

Season 1 Episode 3: Rules of the House

This is not an original thought but everyone on this show is sort of a monster except for Suzanne Somers and I’m not sure how many more eps of this I can watch bring on Dinosaurs.