Season 1 Episode 4: The Return of Grandma

I’ve decided at this point that I really intensely dislike Dave Coulier. JG agrees and doesn’t understand his purpose on the show.

In a surprising twist, in this episode Danny is struggling with the fact that the two aimless bachelors he brought into his home to help raise his children are aimless bachelors. The house is a wreck. Joey can’t operate a dishwasher. Jesse is carousin’ and philanderin’. Danny’s mom shows up to help, his buddies go full on chauvinist douche mode asking her to clean the house and make them dinner (!!), his mom calls their moms, their moms show up, it becomes a whole thing. Lots of moms. And then they clean the house.

Honestly, though, how is Danny Effing Tanner out of cleaning supplies in a messy house, this is very out of character and wildly implausible. And later on we are to believe that he is afraid to enter a bathroom to clean it?! IT’S DANNY TANNER! Cleaning bathrooms is his jam!

This episode also (heavily) features a turtle. Much like they will not stop referring to Michelle as “The Baby,” they repeatedly and incessantly call the turtle an amphibian. My wife challenges:

“Echo, is a turtle a reptile or an amphibian?”
“No, reptiles are not amphibians”
“ECHO, IS A TUR-TLE A REP-TILE OR AN AM-PHI-BI-AN?”
“Reptile.”
Vindicated! 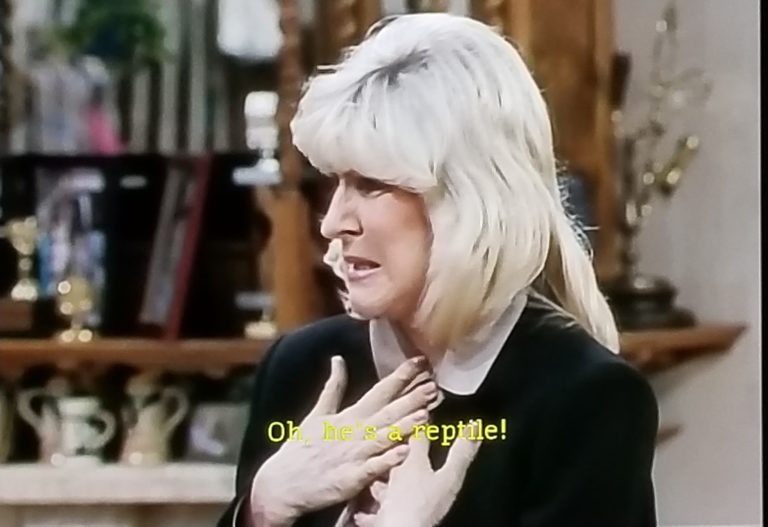 Tonight, at 37 years old, having watched Full House sporadically for almost three decades, I am just now noticing that Joseph Gladstone dresses his mannequin in the exact same outfit he is wearing every day. Two things: (1) that is sociopathic behavior, and (2) that means he has two copies of every outfit in that tiny alcove room I am sorry but no. He doesn’t even have a room. WHERE IS HE STORING ALL OF THESE DUPLICATE OUTFITS. I hate this show, next.

Opening Scene: Enter STEVEN QUINCY URKEL. Thank god we caught last week’s episode of Step By Step from the future so we know who Steve Urkel is, otherwise we’d be lost.

This episode is a bit sad, as Rachel is struggling with Carl’s pushy forcing her out to date even though she’s still grieving her husband. This family is pretty cute and I can’t come up with anything snarky to say about them, sorry.

I guess let’s just talk about the bangin theme song a bit more: Ok in the opening song do they say “all I see is a tower of dreams” or “all I see is a towel of dreams”? Because the former obv makes more sense but then the next line he starts talking about “seams” and I don’t know anymore.

Recap: In this episode Larry tries to teach Balki how to drive and there are a several disparaging jokes made by Mr. Twinkacetti about Mypos, the fictional country that Balki is from. I don’t know about your household, but in mine we are having an ongoing deep existential debate about the degree to which one can really be racist against a fictional Greek island full of white people, which will surely last for the entire 147-episode run of this show. Spoiler alert: Balki gets his driver’s license.

Before you get your panties in a bunch about the title like I did, it’s their one month anniversary. After all, this couple just met on vacation and got married and merged their entire families together a mere four episodes ago.

At the beginning the wife asked me if I had a crush on anyone in the show and I replied “ugh, this show? No.” This becomes important later because I had completely forgotten about CODY (I <3 Cody 😍😍😍).

In this episode two of the jockish Patrick Duffy spawn are harassing the nerdish Suzanne Somers spawn about his knowledge of baseball stats, which is a highly prescient foreshadowing of the sabermetrics moneyball era we are all plodding through. I guess we can assume the nerd kid is now the GM of the Astros in this fictional Step By Step universe.

THE CODEMAN ARRIVES. If you own a electric guitar and did not sing the “Dana dana dana dana dana” song on it the first time you picked it up and played it I don’t know what to say. 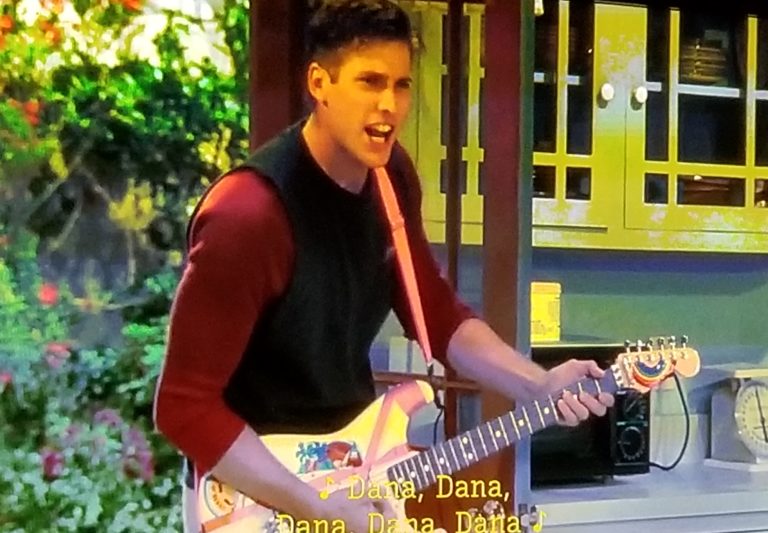 The show got 1000x better for about three minutes, until the Codeman wore out his welcome when the premise of this episode became JT wagering $20 that Cody couldn’t date his stepsister Dana, who is technically Cody’s step-cousin. Another week, another TGIF plotline that is basically indistinguishable from this week’s harrowing episodes of Escaping Polygamy.