We’ve only just begun the rating process but I’m quite confident when all is said and done The Third Lorelai will wind up a Top 10 Episode. This episode is perfection from start to finish – so gratifying in its simplicity, while also managing to tug at some of the interpersonal rifts in the Family Gilmore. With the arrival of Lorelai Sr., Mother In Law From Hell, we finally get to see someone treat Emily Gilmore as horribly as she treats everyone else (and we certainly gain quite a bit of insight into why she is the way she is).

But beyond that, what makes this episode great is Marion Ross’ hilarious portrayal of Trix, the reigning queen supreme of old lady shade-throwing.  (Apologies to Dame Maggie Smith, but Trix Gilmore could run shit-talking circles around the Dowager Countess without breaking a sweat). Every rewatch we sit with excitement and patiently await the line “I suppose I can just put these nuts in my hand,” making sure to set down our smartphones and laptops just in time to mimic her exquisitely dignified, finger-swirling, nut-cupping hand motion. “Is this cheese?” “Am I supposed to eat that cheese?” Like I said, perfection.

Now, back to Emily. This is clearly one of the most important Emily Episodes. Emily being thrust into an unusually vulnerable position allows us to see another side of her. Unfortunately this provides us with some of the first indications of why she is one of the worst people on the show. Unlike more subtle jerkfaces like Lorelai or Christopher, Emily’s awfulness is not colored in shades of gray; this bitch operates in Galactic Empire black & white. Her anguish at the thought of Trix setting up a trust fund for Rory (effectively cutting the financial leash she has Rory and Lorelai tethered to) lets us see that she is incapable of introspection and, in stark contrast to Richard, seemingly unable to accept that Lorelai and Rory might genuinely like them and are not just showing up to Friday Night Dinners to pick up a tuition check. Her myopic obsession with money and the control it provides is Not A Good Look.

Lorelai calls her out on it, and their spat results in Trix’s offer being rescinded. For a brief moment Emily backpedals and tries to fix the situation — one of the few moments where she seemingly admits having done something wrong. The episode ends with Emily and Lorelai on good terms, but we know nothing good lasts long in House Gilmore.

Some Chilton Valley High stuff happens too, but nothing worth mentioning. Soon Tristan will ride off into the sunset and meek, decaf Season 1 Paris will metamorphosize into wonderful, Robusto Seasons 2-7 Paris. Until then, she’s just a little bit sad.

This episode could be renamed The Year 2000, Part II. For the most part we can sort of pretend this show is timeless, but this particular episode feels so, so dated:

The plotline is a bit of a drag – the breakup, the refusal to wallow, an encounter with mopey suck-uppy Tristan, the eventual inevitable wallowing. However, this episode redeems itself with a lot of great little scenes with the show’s best characters. What can we say, Rory’s pain brings out the best in everyone – particularly Babette recounting old bad relationships and Luke manhandling Dean in the middle of the street. Special bonus points also for Jackson and Sookie fighting over who loads the dishwasher correctly.

L: By the way, I’m with Sookie – I don’t like the way you load my dishwasher.

J: Yeah well I don’t like the way you load MY dishwasher

We both give this episode a solid 3 stars. J fell asleep for a lot of this so she has less to contribute, but we are not going to rewatch because we just noticed one of the best eps of all time is next. Stay tuned…

L: Full disclosure I gave this episode 4 stars solely because can’t get enough Chase Bradford. I mean, he is terrible, but I kind of wish he was in every episode.

L: Miss Patty smokes too much around these kids. Would you let your kids take a dance class in a barn with a chainsmoking old woman?

L: Glad we are on the same page.

L: Ah, the junkyard scene. This whole episode I’m just like “Don’t do it. Don’t do it, Dean!” Also the turtleneck sweater he wears for their three-month anniversary dinner is a crime against humanity. So what do you think? Should he have said it?

J: I think he can say it but he doesn’t have to be such an asshole. Give her time to process.

L: So you thought her reaction was appropriate?

J: Well, it was her reaction. It’s a fresh relationship…she needs time.

L: Yeah, in this episode Dean kind of comes across as overly….something… who is he reminding me of? Oh yeah! 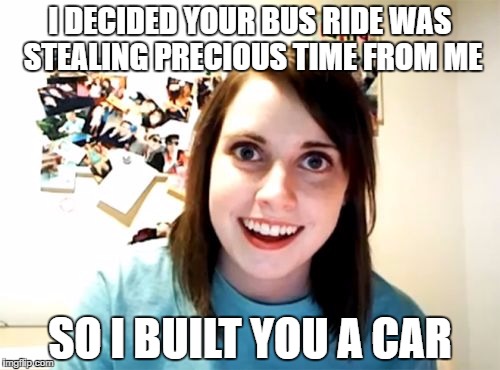 L: Poor Dean. So, I think another highly important moment in this episode is when Richard lets Lorelai escape off the balcony (the very balcony she inappropriately fornicated on not one week before!) This is one of the special moments that puts Richard in the Normal column. He is not the Worst.

J: I agree.  I like that whole scene from the start, how Richard and Lorelai are not having Chase Bradford.

L: Their loss. Ok, lastly, can we discuss Rachel for a second?

J: I want her to hurry up and go away.

L: What’s her deal? Is she bad or good? Benevolent or evil?

L: Does she really want Luke? Or does she just want to take photographs and drink Founder’s Day punch?

J: Maybe she just wants the idea of Luke?

L: Ok I tried but I am so bored talking about this. Rachel is so boring. Can we stop?

J: Yes, but actually one more thing, the only good thing about Rachel is that she discovers the Dragonfly.

L: Ok, but that is not in this episode.

Note: It has come to our attention that SOMETHING does happen in the final 2 minutes of “That Damn Donna Reed:” CHRISTOPHER arrives. Or returns. If you stayed awake long enough to notice, congratulations. (There is also an easter egg Taylor Doose “build a wall” moment.) For reference, here is J‘s reaction to Rory riding off  into the sunset on Christopher’s motorcycle:

Which brings us to Episode 15, “Christopher Returns.” This episode is difficult to review impartially. This is our first introduction to the manchild boydouche that is Christopher Hayden (at least we think so – we won’t be 100% sure of this until we wrap back around to the first 12 episodes). Can we be trusted to judge him based on his first impressions in this episode alone? YES, I think we can.

Case in point #1: Christopher’s unabashed, middle fingers in the air, I-was-warned-by-my-daughter-but-chose-to-smirk-and-ignore-her use of a cell phone in Luke’s is straight SAVAGE. From the moment we meet him, there is nothing to think but “fuck this guy.” Fuck this guy.

Case in point #2: This is not crystal clear but it seems he has somehow convinced his parents that he didn’t go to Princeton because he was having some sort of sympathy-teen-pregnancy as a result of impregnating Lorelai despite the fact that this episode has soundly established that he had absolutely nothing to do with Rory’s life ever, financially, emotionally etc. I mean, what the hell? You got your gf pregnant and she wants nothing to do with you, no child support, no nothing except unlimited love and access to your daughter – you got off scot free. Go to Princeton, you spoiled little shit.

L: Wait, is this all Lorelai’s fault? Richard just said Christopher was willing to marry her but she wouldn’t. Did he not go to college because she messed him up in the head?

J: No. He was just listening to what his parents wanted him to do. I don’t think he really wanted to get married. And even if they got married, they would have gotten divorced.

L: But why didn’t he go to Princeton?

Case in point #3: Delicate subtleties of cellphone usage and teen parenting aside, I am pretty sure that dating back to 2005 we hated Christopher from the moment he had sex with Lorelai on that balcony, and there was no turning back. Christophers (and Lorelais) of the world, don’t do that. Don’t have impulsive sex on a balcony while your parents and daughter are waiting downstairs. It is not edgy, or cool, or hot. It is gross, and creepy, and perverse. Show some respect for yourself and your freaking kid and wait an hour or two and go somewhere else. Seriously, go anywhere else and have sex at any other time.  Straight people.

J: They had a paint date.

L: Worst person ever. Seriously what is wrong with her? She and Christopher deserve each other

J: Did you just hear him? “I wanna mawwy youuuu.” 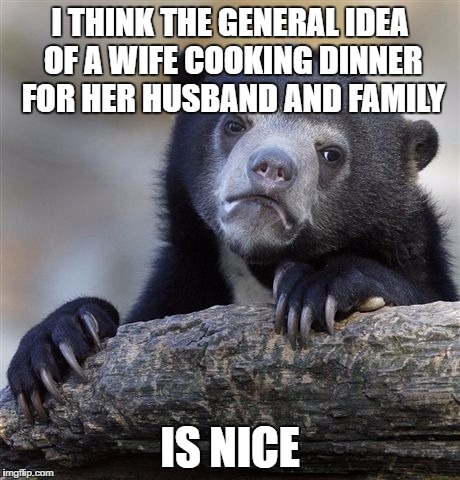 L: I’ll admit I have a weird compulsion to quote that line every time I eat pizza and salad at the same time. It is the most memorable and interesting thing about this episode, and it happens in the first 30 seconds. I have nothing else to say about this one. There are discussions about walls getting painted. Dean takes a clumsy header into feminism. The Elder Gilmores will not be vacationing this year. Lorelai mends a sweater. Rory catsits. It’s a thrill-a-minute, I tell you. Babette has decent screentime and doesn’t even say anything funny. It’s a waste.

J: I like the episode. I like the salad, quaint dish. It’s cute how Rory dresses up and makes dinner.

L: Anything else? Four stars and that’s all you have to say?

J: I don’t have any additional remarks.

L: Ok, that concludes our deposition.

J: I really like this episode but I don’t know why.

L: When this episode comes on my gut reaction is always “UGH. Not the Bangles episode again.” But this is a good place to start, because this episode, toward the end of the first season, is our first taste of what a shitty person Lorelai Gilmore is. I mean, she is just the worst.  Let me list the ways in no particular order:

J: This is Lorelai’s most asshole move ever. She just gives away Sookie’s tickets to these kids.